Viktor has been teaching ballet across the region for the past 28 years and opened his studio in Lancaster in 2010. During that time, Viktor has taught many talened young men and women who have gone on to perform in companies from New York to Russia. Here are some of his previous students and what they have been able to achieve. 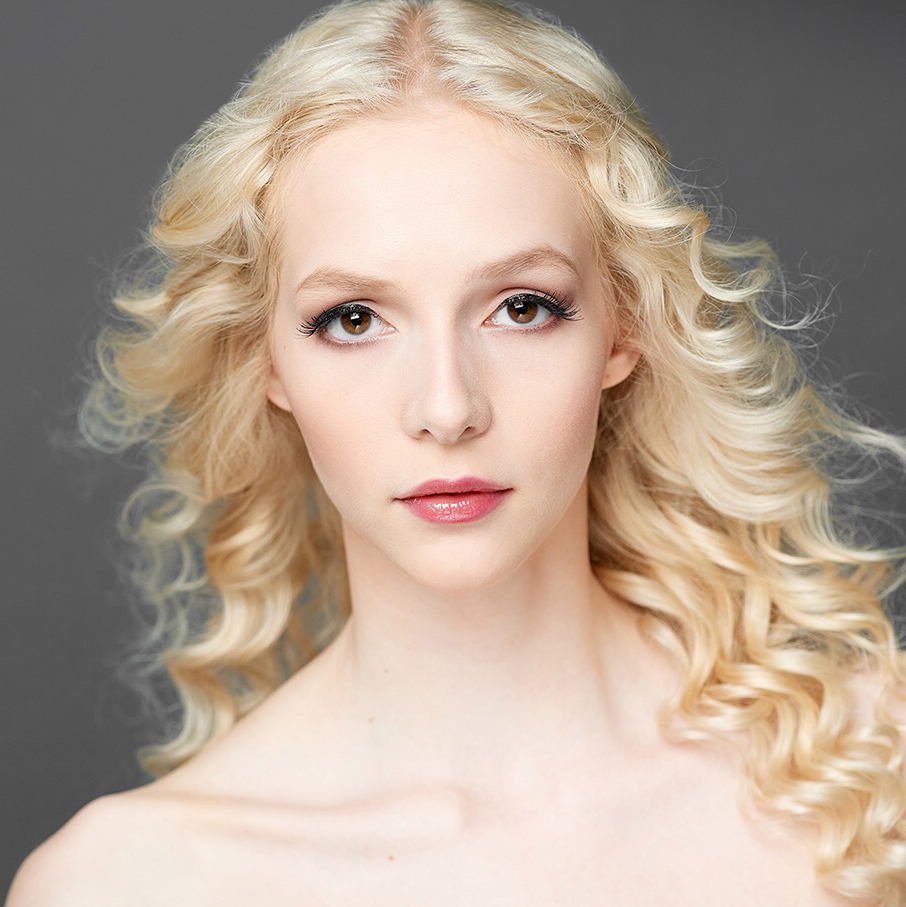 Emily Abrom is a professional ballet dancer with the Novosibirsk State Opera and Ballet Theater in Novosibirsk, Russia. She has previously danced with the Mariinsky Theater Primorsky Stage for two seasons. She has danced and toured internationally in Poland, France, Denmark, Russia, South Korea, and China. As a Lancaster native, Emily trained locally at Viktor Yeliohin International Ballet Academy. She moved to NYC at age 15 to finish her ballet training with Premiere Division School of Ballet. Emily has attended summer programs with American Ballet Theater, Paris Opera Ballet, Bolshoi Ballet, Royal Danish Ballet, Danish Dance Masters, Polish International, Central Pennsylvania Youth Ballet and Houston Ballet on Scholarship. Also, Emily is a professional actress, singer, and model. She has worked Off-Broadway, walked New York Fashion week, acted in film and commercials, and has worked for multiple equity theaters since the age of 9. She has worked locally at the Fulton Opera House, Dutch Apple Dinner Theater, and the Sheridan Biglar Theater. 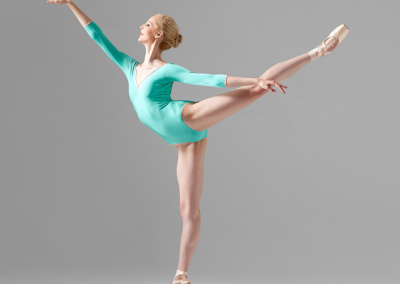 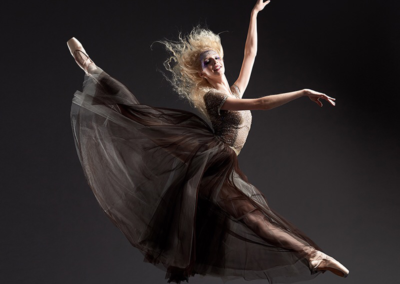 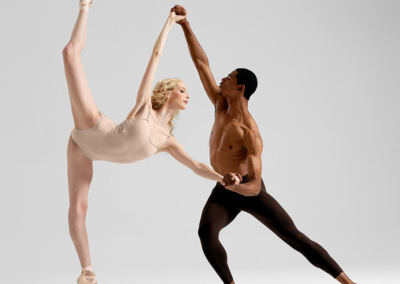 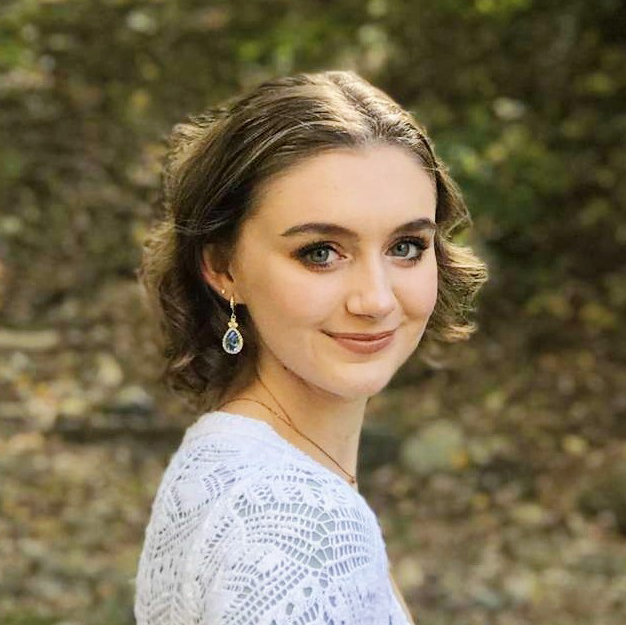 Sarah Stahovich, a former student at Viktor Yeliohin’s International Ballet Academy, is currently studying as a Dance – Pedagogy major as well as Pre-Physical Therapy at Butler University in Indianapolis, Indiana. Butler is consistently ranked as one of the top five collegiate ballet programs in the country. The program offers a variety of dance classes including ballet, pointe, jazz, modern, character, and improvisation. She is also a member of Sigma Rho Delta, Butler Ballet’s honorary dance fraternity that promotes a sense of unity within the department. So far, Sarah has performed various roles with Butler Ballet in The Nutcracker, excerpts from Le Corsaire, and Sleeping Beauty. With Viktor, Sarah danced many roles in The Nutcracker for ten years including Clara and Russian and Spanish soloist, Paquita, Le Corsaire, and La Bayadere. Viktor has been a very positive influence in Sarah’s dance education and has instilled a strong work ethic that has shaped her into the dancer she is today. Sarah thanks Viktor for his patience, guidance, and support throughout the many years she has studied with him. She has also participated in the American-Ukraine Summer Ballet Camp with Vadim Pisarev as well as Butler Ballet’s summer intensive in 2017. This upcoming summer, Sarah plans to partake in the European Dance Seminar with Butler Ballet where she will study ballet technique at the most renowned schools of ballet in Poland, Slovak Republic, Austria and Czech Republic. 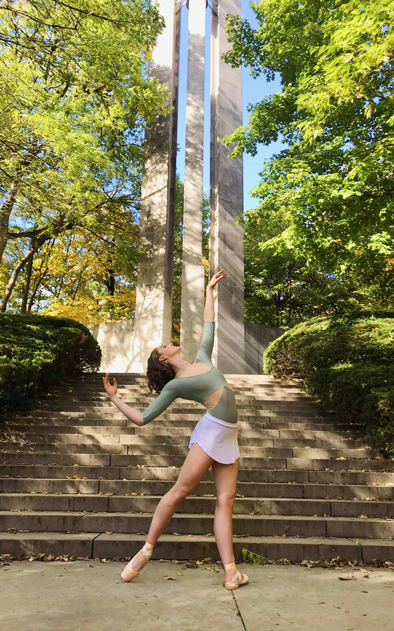 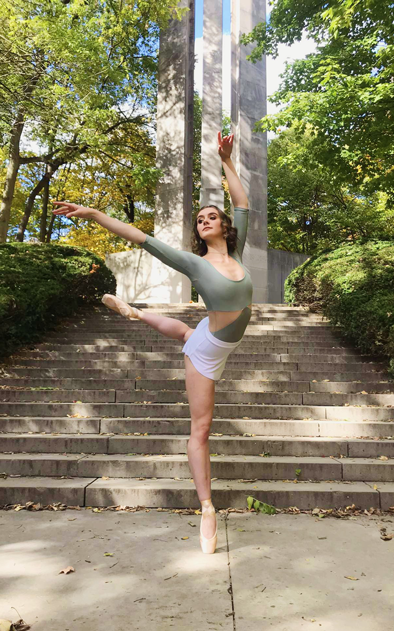 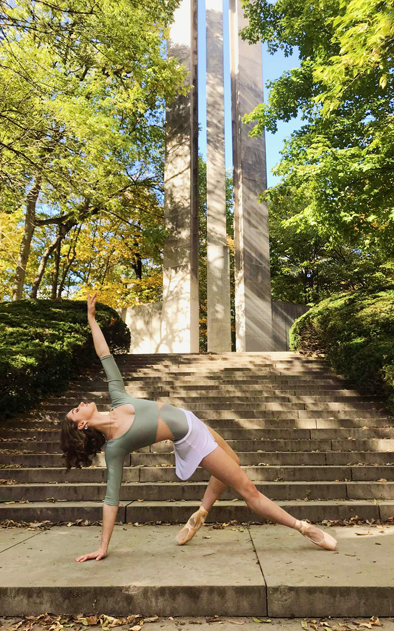 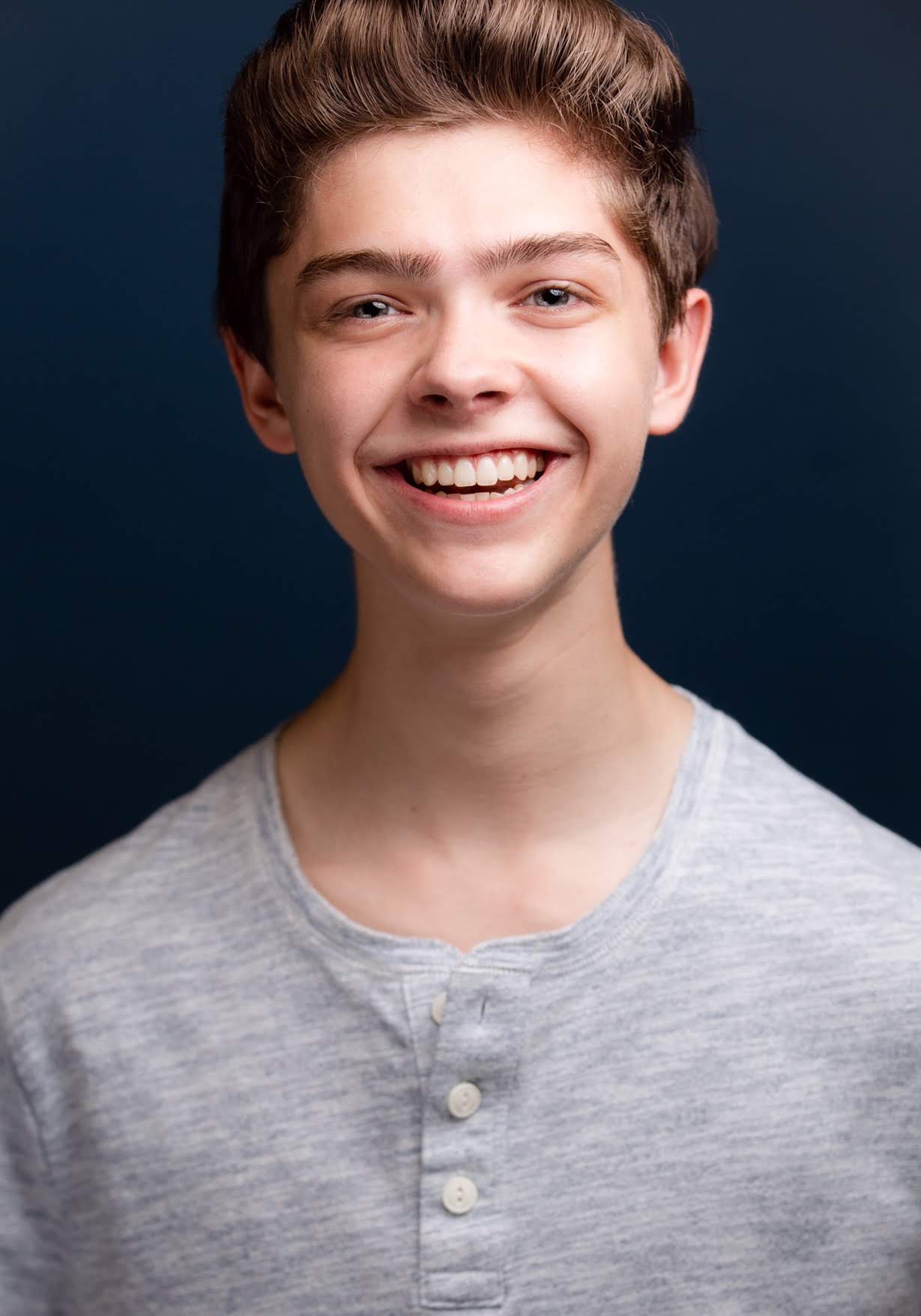 “Austin began training at VYIBA when he was 14. Over the course of the next four years, he performed in several Nutcrackers, Gala’s, and American-Ukraine Summer Ballet Camps. He credits Viktor with his support and for the strong technique he employed in Austin’s dancing. He is now pursuing a BFA in Musical Theatre at the University of Michigan.” 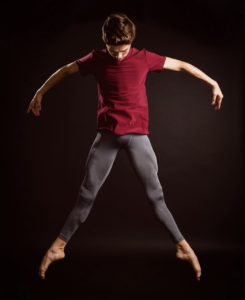 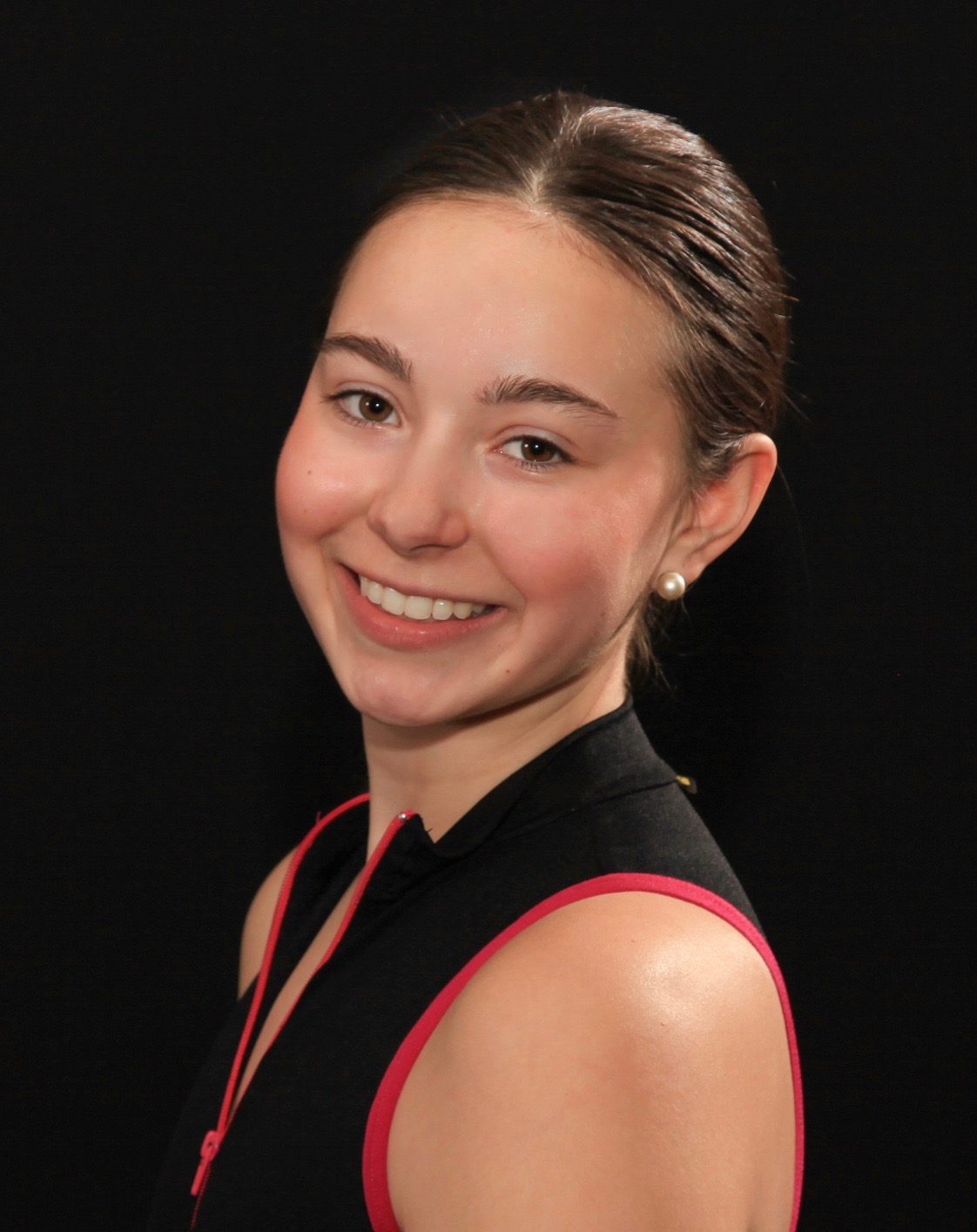 Lydia was born in Lancaster, PA, and currently resides in Lititz, PA. Lydia danced at VYIBA for the entirety of her senior year (2018-2019) and stayed to continue training during her Post-Graduate year at Linden Hall (2019-2020). She performed in the Nutcracker for two years and danced as a Walk Scene Parent, Big Doll, Big Snowflake, Big Flower, Spanish dancer, Arabian dancer, Marzipan dancer, and Mother Ginger. In the Summer of 2019, Lydia attended the Joffrey Ballet School Summer Intensive in NYC and was accepted to the Central Pennsylvania Youth Ballet’s Summer Intensive to be held virtually for the Summer of 2020. In the Fall Lydia will be attending Elon University to major in Dance Performance and Choreography BFA and double major in Business.
“You can start late, look different, be uncertain, and still succeed.”-Misty Copeland
A message to Viktor, VYIBA Faculty and Dancers:
“When I first came to Viktor’s studio I knew absolutely nothing. I had danced when I was younger but the lessons learned back then had been replaced by new skills. I had to completely start over and Viktor was willing to help every step of the way. He always encouraged me and pushed me to be better. From his teaching and support, I grew. Going on pointe for the first time at age 17 was daunting. I was surrounded by students who were seven years younger than me and they were where I was, or better. This was frustrating at times but each day I got stronger, I got better, and that was not by chance. Viktor truly has a passion for teaching and his personal love and mastery of dance is seen in each of his students. Viktor has built an incredible studio and the faculty is superb. I want to extend a special thank you to Viktor, Steph, Gabi, and Brooke. All of whom have made a positive impact on my life and provided me with the knowledge needed to succeed. I will be forever grateful for the friends and memories I have made here.” 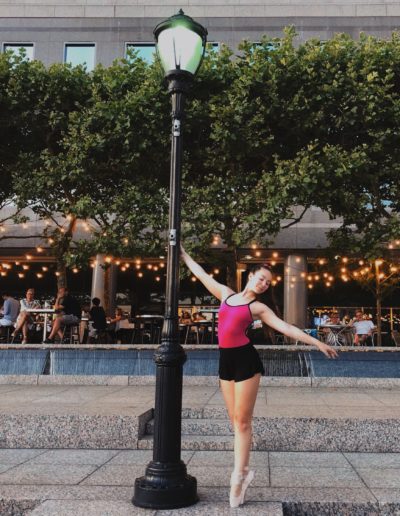 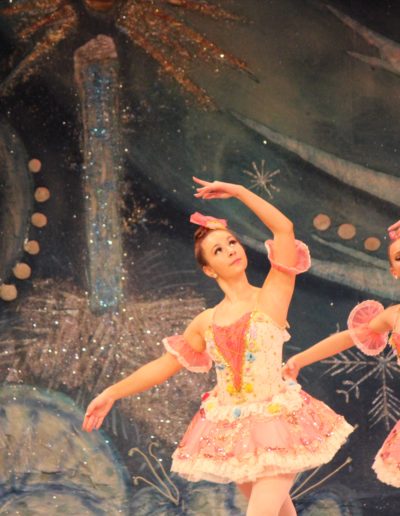 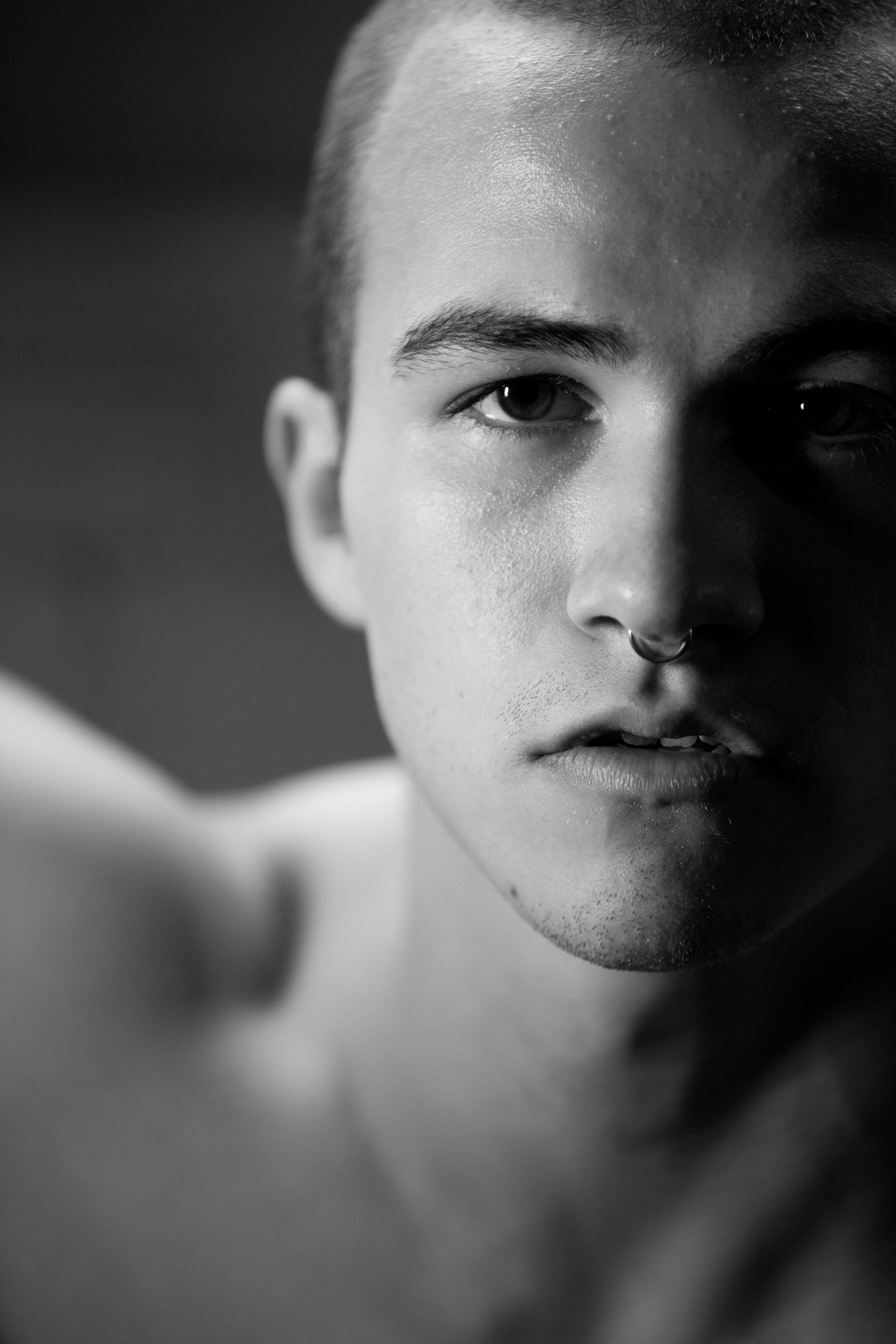 Skyler Maxey-Wert was born in Lancaster, Pennsylvania. He received his early dance training from the Lancaster School of Ballet under Carolyn Trythall and Viktor Yeliohin. At age 13, he moved to New York to join the Jacqueline Kennedy Onassis School of American Ballet Theatre. He then joined the SemperOper Ballett in Dresden Germany at age 18, where he is still currently dancing.

He has appeared in numerous productions including “The Sleeping beauty” (Bluebird),  “The Nutcracker” (The Prince), “La Bayadère” (Ekavir), by Aaron S. Watkin, “The Dream” (Bottom, Rustics) by Sir Frederick Ashton, “Gods and Dogs” and “Vergessenes Land” by Jiri Kylián, “Heatscape” by Justin Peck, “Symphony in C” and “Theme and Variations” by George Balanchine, “She was Black” by Mats Ek, “Giselle” by David Dawson, ”Impressing the Czar” and “Enemy in the Figure” by William Forsythe, “Cacti” by Alexander Ekman, “Carmen” by Johan Inger, and “Black Milk” by Ohan Naharin.

He has also designed roles in new creations “Tristan and Isolde” and “The Four Seasons” by David Dawson, “COW” by Alexander Ekman, “Orakel” and “Songs for a Siren” by Joseph Hernandez.

“Working under Viktor was great, He always believed in me as a dancer – even when I didn’t think it was possible for myself.” 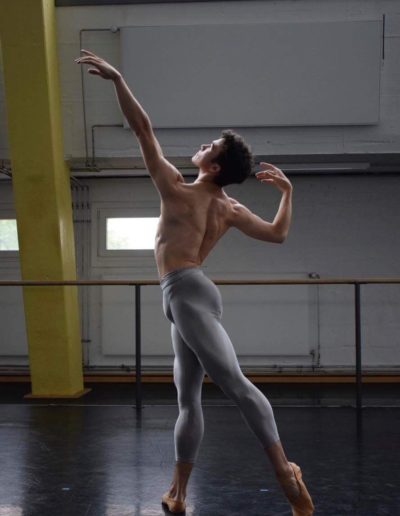 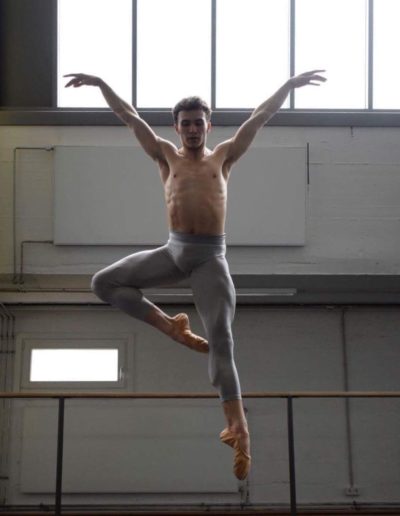