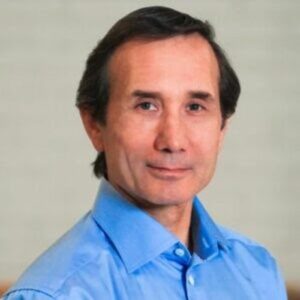 Viktor Yeliohin, former soloist with the Donetsk Ballet of Ukraine is a Ballet Master, Professor of Choreography and Studio Director with a career spanning more than twenty years. Born in Tashkent, Uzbekistan, Viktor began his ballet studies in 1967, graduating from the Tashkent State Higher School of National Dance and Choreography of Uzbekistan. He holds the degree of Professor of Choreography from the prestigious Ukrainian Academy of Dance in Kiev, Ukraine, which was presented in May, 1995.

Viktor began his professional career in Samarkand, Uzbekistan, continuing in 1976, in Donetsk, Ukraine, where he performed as a soloist with the Donetsk Ballet of Ukraine. During the 1979-1980 season he was the recipient of the First Soloist Award for the company. His major classical ballet credits include: Swan Lake, Giselle, Sleeping Beauty, Nutcracker, Don Quixote, Fountain of Bakhchisaray, La Bayadere, Spartacus and Romeo and Juliette, and many other full length ballets.

Since 1992 he has been teaching ballet, choreographing and staging dance in the United States, primarily teaching in studios in New Jersey, Pennsylvania and Maryland. His affiliation with the Donetsk Ballet and the Vadim Pisarev School of Choreographic Mastery continues as he stages and choreographs children’s parts for their multi-state annual US tour of Nutcracker co-produced by US Intron and the Viktor Yeliohin International Ballet Academy.

Mr. Yeliohin’s students have participated in Youth America Grand Prix dance competition and he has former students dancing in companies such as the Joffrey Ballet, Martha Graham, the Broadway production of The Lion King, and other regional ballet companies. Students of Mr. Yeliohin have gone on to train at the Kirov Academy in Washington, DC, and the Bolshoi Ballet School in Moscow, Russia. His students have also danced with international companies including the Donetsk Ballet of Ukraine. Through his ongoing relationship with the Donetsk Ballet and Vadim Pisarev, Artistic Director, he teaches ballet internationally as well as teaching summer courses throughout the United States.

The dream of owning his own studio became a reality in 2010, when the Viktor Yeliohin International Ballet Academy opened in Lancaster, Pennsylvania. Ballet classes are taught primarily in the Vaganova Syllabus in the Russian pedagogy.  Along with directing his ballet academy and sponsoring the annual Nutcracker performances held in Lancaster with his former company, Viktor began sponsoring an America-Ukraine Summer Ballet Camp in July, 2015.  Dancers from the United States and Ukraine attend this multicultural camp where they have classes with teachers from America and Ukraine.

Viktor brings to his studio and his students a passion for the beauty of dance and a compassion for and belief in every child’s potential. At VYIBA the students will find a ballet master dedicated to education and enjoyment of the art of dance, while providing a safe and welcoming atmosphere for all dancers, regardless of one’s skill level.

My Greatest Wish is to share my enthusiasm for ballet, to show others the beauty and glory of this great art form. It is the synthesis of beautiful movement and great music, the inspiration and passion of choreographer and composer brought to life. It is a universal expression of the diverse passions of every life.

As a teacher I wish to teach my students to love whatever they do. Regardless of what my students end up doing with their lives, I want to teach them to be proud of their labor, to apply themselves with love for their chosen craft, to strive for the highest standards, to be inspired, and to share that inspiration with others. This is my mission in my life: to have every child know they are valuable and capable of anything, and to instill in my students a passion for life.